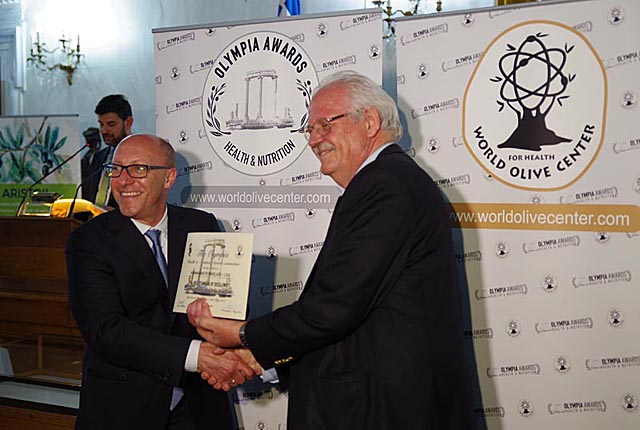 The OLYMPIA AWARDS HEALTH & NUTRITION 2017 took place in the Old Parliament Hall of the Hellenic Parliament. The presentation was preceded by suggestions on the health protection of olive oil rich in polyphenols …

The event was attended, among others, by the Deputy Minister of Rural Development Mr Kokkalis, the MP Mr. Kasapidis, the Ambassador of Qatar and the Embassy of Cyprus.

The top prize was given to Mr. George David, from Cyprus, for the olive grove he cultivates on the Green Line of Cyprus. Dr. Nikos Krimmnianiotis, for the second consecutive year, took the GOLD STANTARD OF EXCELLENCE for High Phenolic Extra Virgin Olive Oil for Olive Oil Olive Oil LIVA.

In the morning, Pynka’s symbolic vaccination of the Acropolis olive tree was preceded by an olive branch from Ancient Olympia. 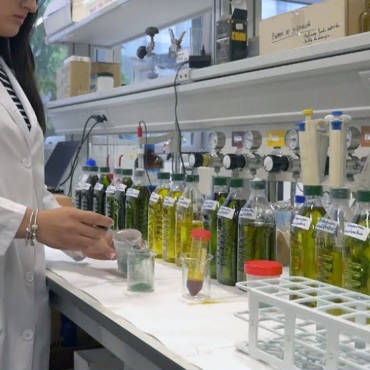 LIVA GROVES SA are pioneers in the research of olive oil 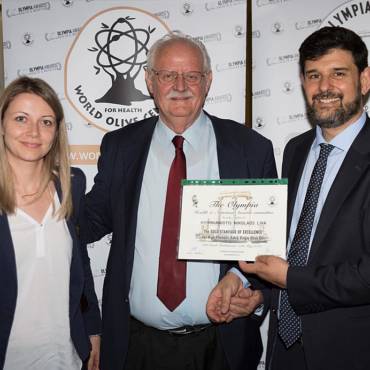 For the third consecutive year, LIVA olive oil is awarded the golden prize 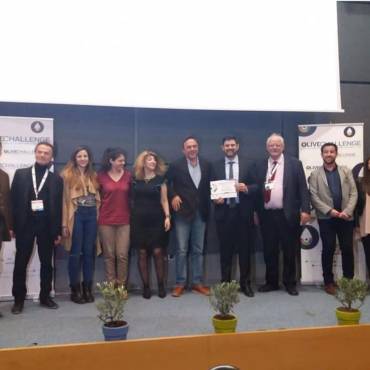 First Prize for “Renovation and Entrepreneurship 2018” for Aristoil